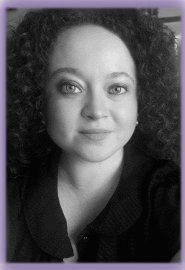 Olivia also frequently collaborates with her sister, Andrea. Their song Sleep Baby Sleep placed 2nd in the Songsalive! Australia Competition and Moonlight Masquerade placed 3rd in the Australian Songwriters Awards. Together they also wrote music and lyrics for the musical The Musician’s Hands. They are currently working on some new compositions together. Other work includes collections of classical art song (including prize-winning songs with poetry by Francis Ledwidge) and producing Christmas by the Bay for Jervis Bay Baptist Church, featuring her original songs.

Classically trained, Olivia received a Bachelor of Music (Honours) from the Australian National University before furthering her studies at the Institute of Vocal Arts in Düsseldorf, Germany. She also holds a postgraduate diploma in secondary music education. Olivia has performed in concert in England, Germany, Italy, Hungary and Norway, as well as closer to home at Sydney Town Hall, Government House and The National Museum & Gallery. Roles she has performed include Olympia (The Tales of Hoffmann), The Queen of the Night (The Magic Flute), Alice Ford (The Merry Wives of Windsor) and Lucy (The Telephone). She is a member of Albatross Music Theatre Company, with roles including The Wardrobe/Madame de la Grande Bouche (Beauty and the Beast), Glinda (The Wizard of Oz) and Mrs Corry (Mary Poppins).

Olivia is a voice and piano teacher, providing music tutoring from her own studio. She is the musical director for two choirs (Raised Voices & Impresaria) and the producer and soprano member of cabaret group ‘That’s Entertainment!’